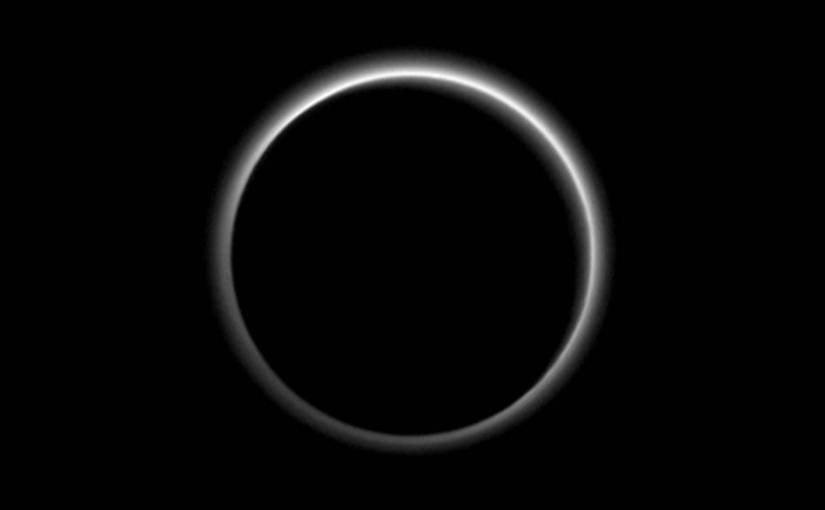 Scientists are true romantics. They have to invent hope when there is none, imagine a better outcome when faced with tragedy, and see a light on the path when all else is shrouded in darkness. They live and die on the belief of a better day. If that’s not faith, I don’t know what is. They are true futurists who believe being wrong is simply part of the journey, and the goal is always worth the wait. Some of the best artists I know. I had the pleasure of visiting the decommissioned space shuttle Endeavour. It was massive and majestic. Something about being in a room with an object that traveled past the Earth’s atmosphere twenty-five times, tried and true, just has an affect on a person. The impulse to touch it was pretty strong, but then again I have the impulse to touch everything I’m near: flowers, buildings, leaves, cacti…that last one is usually a mistake. The streaks from bursting through the Earth’s atmosphere were painted up and down it’s underbelly, and the black paneling had a light fade. Something about it felt alive. As if we were in a room with some sort of entity or a large and wise aging animal. To say the least, it was beautiful.

A creation conceived by many collaborators. Many artists with science oriented degrees who believed in something more than the rest of us. Creating new limitations. One of these hopefuls was my father. I remember growing up surrounded by photographs of space shuttles, submarines and jet planes on the wall, all projects that my dad had contributed to. We even had special clearance once to visit another space craft that was being held at Boeing when I was young. I remember being able to actually go inside it, unaware of the rare opportunity I was gifted with. We bought space food as a novelty and were bored quicker than we should have been. But I don’t feel guilty about that. It’s the nature of children to want to move forward. On to the next!

It’s the spirit of the future and scientist understand this. Just like a true romantic, they meet eyes with the girl across the room, and sparked with a glimmer of hope, cross the floor to try and build a future on a mere glance. Children and creative thinkers have quite a lot in common actually. They take the parameters that are given them and then jump at the opportunity to bend them. I came across this passage in Through the Looking Glass at the bottom of page 221:

“I dare say you haven’t had much practice,” said the Queen. “When I was your age I always did it for half an hour a day. Why sometimes I’ve believed as far many as six impossible things before breakfast.”

This insistence to conjure and question is how we get to space. It’s how we get to explore Pluto and further examine our findings. The understanding that there will always be more to discover and that the unknown shines with opportunity is the stuff scientists are made of. In order to do their jobs effectively they must imagine a world that doesn’t exist yet. For example, the terrain of Pluto isn’t too different than that of Earth’s. Sure, it’s a more hostile atmosphere than ours and it’s land is made up of exotic ices, but they found water ice too. Nasa.gov also stated in a segment called “Pluto In a Minute: What’s Inside Pluto?” that it’s not “completely impossible that a sub-surface ocean could exist on Pluto”. They found mountains, rocks, craters, glaciers and a nice big heart. Right on the side of Pluto there is a lighter area in the shape of a big heart. It is this area that they found Sputnik Planum (the icy plains region) or the “Heart of the Heart”. It’s very romantic actually, the idea of there being a heart within a heart.

In DIMENSION we were introduced to the character Lou in Episode 5. Now in Episode 6 we witness Lou masterminding a huge robbery heist while she flees the scene by jumping from rooftops and hiding right under society’s nose at a café in visible proximity of the crime site. She enjoys an espresso while watching the inferno she created gain momentum. Her interest in crime has more to do with creation and control than it does with hurting others. I often refer to Lou as the “id” of the three characters (Shondra and Henrietta being the other two) that once made up a single person in a previously lived dimension. Lou has animalistic tendencies and is reactive. Her search is fueled by fury and revenge. She believes that once she finds the source for her vendetta, she can retract and hide away, perhaps even lead a quiet, normal life. Scientists have heart but so does Lou. Scientists imagine our futures through their infinite dedication to create and control and sometimes the outcomes are fatal and sometimes they’re brilliant. Lou may not be a scientist like Henrietta, but she feels the same pain and confusion and is pursuing her mystery in the best way she knows how. The massive plan she is manifesting, the long game, she believes is worth all the pain and loss it will bring, so long as it also brings justice and revelation. A way to move forward. You could say that Lou is searching for her “heart of the heart”. The core of herself and of which she came. They all are. We all are.
But we must search deeper than the icy plains of our surface to discover warmth at our core. To connect worlds, future, past and present. To faithfully envision hope…and to have heart.

One thought on “Heart of the Heart”