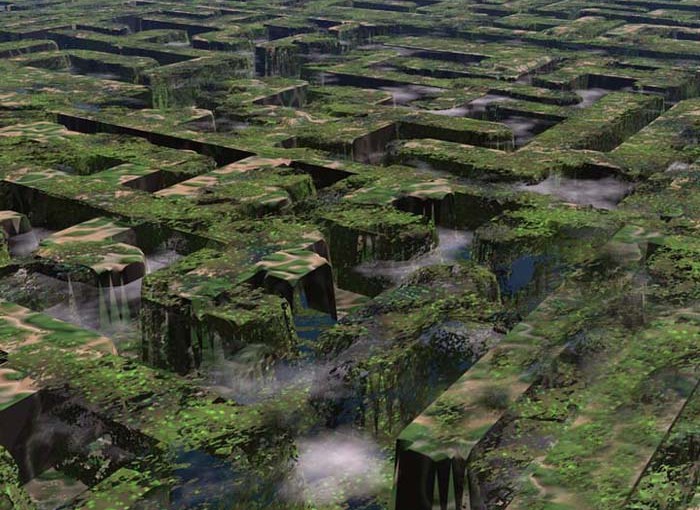 Life has a funny way of making you feel stuck. A maze of twists and turns that force you to make decisions, only to find yourself dead-ended, with no one to blame but yourself. It was you who chose to swing left instead of right and it was you who entered this maze in the first place. While staring at the tall, unclimbable wall, smooth, cold and unmoving, we shout explicatives and names of those who might have steered us wrong. Their fault, not ours. Someone else must have caused this detour. Someone else must have it out for us, wanting nothing more but our deep and incessant failure. This ridiculous pause only forces more choices out of us, choices we feel we have already made. Choices that we don’t wish to make again. That curvature in the maze was several twists back, and now you expect me to consider this direction once more? Then again…I guess there are many angles in this path that are quite similar if not exact replicas of those we previously encountered. I guess it’s not so far fetched that this turn produced a similar result as some of the others I’ve taken and I guess it’s not so strange after all that I couldn’t predict what would lie ahead. Although, sometimes this realization takes much longer. A lifetime even.

When Lou arrives in this Dimension, she also feels stuck. Besides the obvious, Lou is about to learn just how stuck she really is. Her memory loss could be a large contributor to these feelings, in that whatever choice she might have made to end up here…is now gone. Wiped from her memory. All she has left is a notion of a past life and a feeling of heartache and for Lou that pain immediately gets translated into vengeance. Not only does she wake up in the desert like both Shondra and Henrietta but she is also buried in the sand in what she feels was some sort of shallow grave. You have to admit, her birth into this dimension was much more traumatic than the other two. Shrouded in darkness and unable to breath from the encroaching earth. It’s no surprise that she felt wronged. Though Lou’s choices appear reactive and hasty in this predicament, in truth her mind is racing with calculation.

This is much like Alice’s struggle with her memory and identity when challenged by her strange surroundings in Wonderland. Feeling stranded and changed when she meets the Caterpillar, he asks who she is and her response is as such:

“I—I hardly know sir, just at present—at least I know who I was when I got up this morning, but I think I must have changed several times since then.”
Alice in Wonderland

Shortly after this conversation with the caterpillar, she grows hugely and unproportionately. Her neck stretching so far past her shoulders that a nearby pigeon mistakes her for a serpent. Could it be that Lou’s true nature is merely misunderstood in this world she has arrived in? Or is it Lou that misunderstands the world. Most likely a combination of the two, it is these types of conundrums that contribute to the complexities of decision-making. Turning the corner in the maze just got more difficult. What is truly the difficult phase, however, is not the choice making itself, but rather the repercussions of the choice made. When it doesn’t seem to amount to a desired result…this is when we experience “stuck”.

But what if the problem lies in what we desire? Lou desires vengeance and will pursue this plan through out the series but many terrible things come of it, with no promise of bringing her closer to her real goal: to solve her mystery and become whole again. Lewis Carroll’s Alice desires to be taller in order to feel more normal but grew past a height she was hoping for and is treated as a villain. Are we the perpetrators of our own conundrums? Perhaps if we accepted our changes and growth, mistakes, influences and all, we would find ourselves less stuck.

It was this morning (that I’m writing this) that the NASA spacecraft “New Horizons” finally made it to Pluto, or should I say the “Dwarf Planet” Pluto. Enabling us to discover things about Pluto’s surface that we were unable to determine before. Things that might force the controversial demotion of Pluto being called a “planet” to be revisited. Science’s choice to create parameters around what defines a planet was a good idea in theory but the determination of which “planets” qualified is proving to have been hasty. Especially since it was widely known that information about Pluto was very limited. Having made these discoveries, it causes me to wonder what the gain of demoting Pluto might have been. Perhaps the science community felt stuck and was simply manifesting solutions in order to superficially move on from the problem. Much like Lou does through her decision in blaming an unseen individual for her predicament. It’s the missing information that should be sought after in order to proceed towards a well-informed choice. It’s the illusion of moving forward that is so much more enticing than being patient in your search. 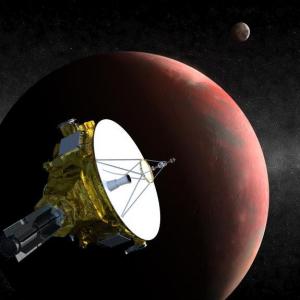 But when is it too long to wait for an answer? When do you stop searching and start moving? When do we make the choice to call it a “dwarf planet”. The space program lives by hope and small moves towards a larger goal. The “New Horizons” spacecraft will now continue to drift into interstellar space…an undetermined journey, an unmapped future of communication and travel. Much like “New Horizons”, Lou is setting out into an unknown world and hoping to find what she is looking for. Also like the spacecraft, there will be some things discovered that she didn’t know she was looking for. As long as we keep looking, as long as we keep taking those turns in the maze, we will eventually find something…even if it’s not exactly what we were looking for.

One thought on “Stuck”