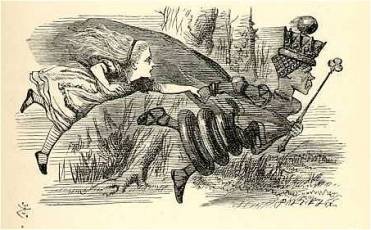 The sand was hot. Increasingly so, as consciousness permeated my brain, convoluting my dream-state. I could feel areas of my skin growing unbearably hot as the sun inched towards it’s zenith. The shade diminishing as time went on. My eyes fluttered open and the sounds of water rushing and crashing filled my ears. Then I remembered. I was in Maui. With my eyes closed, I could have been anywhere. Experiencing time passing just the same, with nothing to hint at my location except for the increasing warmth of the day and the occasional breeze.

Luckily I wasn’t just anywhere but on a tropical island surrounded by the sandy beach, distant mountains and high trees. It’s each of these things which surrounded me however, that hinted at my place in space and time. How tall the trees were, how high the sun was, how high or low the tide became, the color in the sky. All relative to the passing of time and indicative to where I lay. It seems impossible to experience space without experiencing time and vice versa. Space would need to be inert in order for it to exist without time, but could this be possible? Are there areas in space where time might not exist at all? Meaning nothing is growing, changing or moving. It seems that time is perception considering we can see a star from earth that has long passed trillions of light years away but to us, it still shines bright. In a weird way, this observation is like a form of time traveling. Lewis Carroll explores this idea as well:

Well, in our country,” said Alice, still panting a little, “you’d generally get to somewhere else—if you run very fast for a long time, as we’ve been doing.”

“A slow sort of country!” said the Queen. “Now, here, you see, it takes all the running you can do, to keep in the same place. If you want to get somewhere else, you must run at least twice as fast as that!”
Through the Looking Glass

There are many times in my life when I feel like I am spending all my time and energy running in place. Making the same effort towards the same goal with not much change occurring but somehow, time still whooshes by. One thing to address about Episode 3 and Henrietta’s arrival is that she and Shondra are cut from the same cloth, their arrival happened simultaneously, and the world they are in now exists in a separate time and place from their original lives from which they came.

We do not yet know what the laws are of this dimension or how it might connect to other dimensions, if at all, but one thing we do know, is that time had to behave out-of-character in order for these two women to exist, and in this new place nonetheless. Whatever happened to them caused space and time to interact in a way that, at this juncture, cannot be explained. If we took Alice’s experience with the Queen and turned it inside out, (just to make it that much more confusing) we would have Shondra’s and Henrietta’s experience. They have traveled far but have not aged or grown. As though Shondra and Henrietta were running in place on the timeline of their lives and somehow still arriving somewhere different. Though, to say that they have not changed is not completely accurate. They were once one individual. Another point to explore in terms of how time and space needed to interact to produce this phenomena.

According to Einstein we can measure time based on it’s relativity to other things. Relativity is the key word. I’m assuming you’ve heard the saying “It’s all relative”, and well,…it is. By all, I mean all. As human beings we measure ourselves and the world around us against comparable or complimentary themes. We are all looking for a sense of relevance. Within us along with around us. If the world within which we live doesn’t seem relative then we are uneasy and will make large efforts to try and alter our experience of it. We take huge endeavor in qualifying ourselves as relevant. It is how we know what is what and often how we decide who we are in society. Henrietta’s first interaction with this concept is Des. He observes her and questions who she is right away. She also asks for help from Des, deciding that he is trustworthy enough to provide her with some safety and perhaps navigation towards her own truth. Her own relevance.

As I looked at the clearest of blue oceans crashing violently into the sand a few feet from me, I felt a sense of relief. I was able to step away from these expectations of relevance we put on ourselves when we’re functioning normally in our lives. It was okay to just sit there and think, or sleep or look at things. It didn’t matter who I was, or who I was trying to be. My expectation of how I spent my time was very different in Maui than it is in Los Angeles. It’s as if I was trying to isolate my experience of life from the usual way I chose to live it and become more relevant to the isolated island I was on. There’s even a guide of conduct on vacation that feels more relevant than another. It’s a constant play at adjusting our measurements of ourselves and our time with our surroundings. But one day the vacation is over. One day…you’re ready to go home.